This model was added to Gibson’s tweed combo amp line in 1959 but was only on the market for about a year. This model featured tremolo but did not reflect it in the model number, as Gibson normally used a letter suffix to denote features like reverb (RV) and tremolo (T). Reported sales figures for 1959 are 1,421 units. The GA-18T model took it's place in 1961 (thru 1963) and is nearly identical except that the GA-18 has a 12 inch Jensen alnico speaker while the GA-18T has a 10 inch Jensen alnico speaker. Most Gibson amps from made from 1955 to 1965 can really deliver a great tone comparable to many classic Fender models, but usually require some important circuit modifications. Vintage Gibson’s are great candidates for restoration/mods because;

The common downside is very small output transformers, poor choice of some component values and/or where they are located physically. Some Gibson models use uncommon tubes, which are more expensive and harder to find. 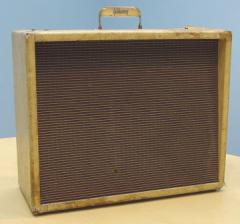 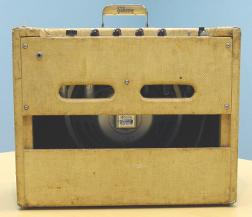 This model was selected because the circuit architecture is very close to a single channel version of the classic Fender Deluxe 5E3 but with tremolo.  By purchasing it from ebay, the investment was minimal, which left plenty of budget left to perform all the upgrades needed for it to reach its sonic potential.  Outside the tweed fabric was stained & torn with damaged wood exposed.  Inside it was mostly stock except for a new grounded power cord, a multi-element filter capacitor in the power circuit, and a few new tremolo caps.  The speaker was the stock Jensen P12R special design  (which along with the absence of the “T” in the model number confirms that this is a rare early model).

The first step is to confirm what condition the amp is in before anything is changed or removed. In this case, the amp basically worked but had an unacceptable noise level and not much volume or tone.  Next the chassis is removed from the cabinet.  The cabinet was stripped and repaired with a bondo type epoxy, sanded, and then covered in an appropriate blond tolex that complemented the dark oxblood grille cloth (which was also replaced with the exact original pattern).  The missing logo was replaced with a larger solid brass type used on new re-issue Gibson amps. There had never been a foot switch holder Inside the cabinet, so a copy was fabricated out of solid copper. 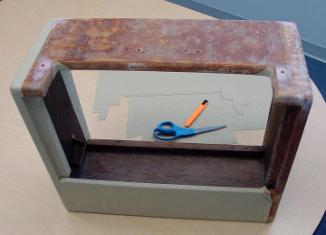 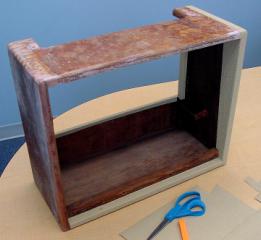 The inspiration for this project was from the legendary Fender Deluxe  5E3. 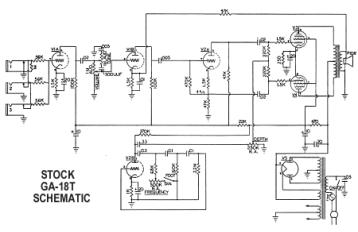 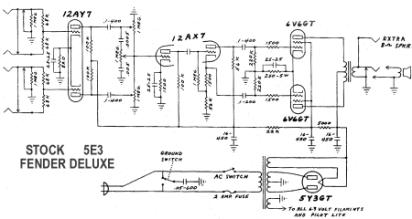 Our philosophy on any amp 25 years or older with the intent to be played, is to first replace: 1) all noisy or out of tolerance resistors in the power supply, 2) all electrolytic capacitors, 3) and any leaky tone coupling caps.  We created a new schematic that includes all the component changes.  The chassis ground connections were re-routed for best circuit flow, giving the line cord ground it’s own separate lug on the transformer stud greatly reduced the residual hum. A very important step when replacing electrolytic capacitors is to form the new dielectric charge slowly with a variac over a whole day, slowly ramping up the input line voltage for reliability and best tone. The second & third filter capacitor values have increased along with a new fourth decoupling stage to keep everything quiet and boost the low-end response.  Experience tells us that this tremolo circuit will need higher capacitor values in the plate circuit if we want to expand the range of effect.  The input circuit (V1) has been re-voiced for more gain. The phase inverter stage (V2A) is a Concertina design that has standard 5E3 values leading into the new dual master volume pots.  Master volume is not a feature found on most low power amps but is a very useful tool for creating a wide tonal spectrum when placed after the phase inverter as more accumulated gain & harmonics can be developed without full volume to the speaker. Three input jacks are clearly not needed so the #3 jack provided the location for our pre-amp gain pot so we could put the master volume control into the original volume control location. For much greater stability and to protect the output tubes and transformer, flame-proof grid resistors were added to V3 and V4.  Some component values were fine tuned later by ear testing for best match with the speaker.

The very tiny output transformer was replaced with a new larger unit rated for full power.  The speaker has also been replaced for sonic improvement with an Alnico Weber Signature model, one of the few speakers that sounds great and has the right magnet profile that will fit in the tight space available.  Not shown on the schematic is a speaker jack has also been added for the option of plugging into an external speaker cabinet.  All tubes are JJ Tesla except V2/Ei Gold Elite, V5/Fender. Most signal coupling capacitors are metalized polyester types. 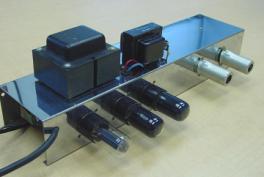 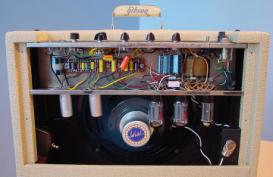 The wish list has been granted!  Rich buttery tones pour out effortlessly over the first half of the gain control range. Hear a sample of it’s clean tone with the link below, it was recorded by LieAlgebra and the bridge solo features a ’54 Strat run through an echo pedal then straight into the GA-18 w/tremolo on (and reverb added during final mix)

Depending on the guitar pickup output, input #2 retains a warm bluesy vibe until you get to about 1o’clock on the gain control and then the grind thickens up steadily from there.  From the higher gain input #1, the harmonics party starts about 11o’clock and gets very dense by 3o’clock. With the new speaker, the master volume can be cranked up all the way (with gain settings up to about 3o’clock) and still remain very musical and articulate for touch sensitive string attack. 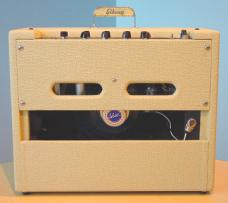 Noise level is as good as it gets. A pilot light is a must because otherwise you would not know it was on until you plugged in! This is attributed to the use of shielded input jack lines, improved ground layout, some components relocated onto the tube sockets, and a much more robust power supply filter capacity.  Cleaning and tightening the tube sockets along with cleaning all the control pots contributes much to the very low noise factor. 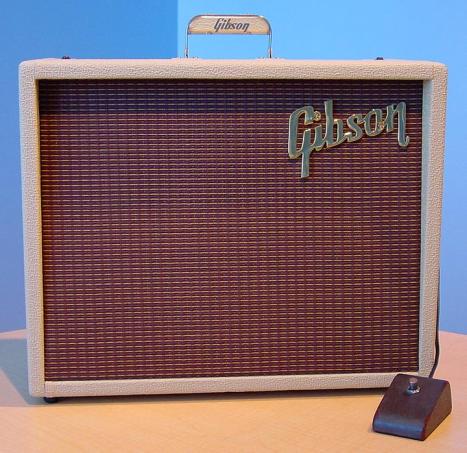 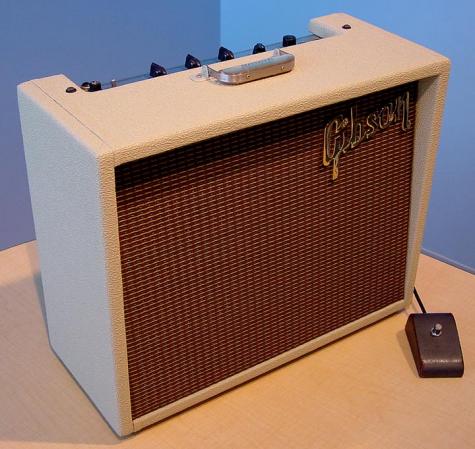 The look of the overhauled cabinet really complements the great sounds that come out of it and the new, more prominent logo gives it a very distinctive styling upgrade without loosing the spirit of this time period.